It was yet another ISIS explosion, but this time it was not the terrorist who attained heaven. 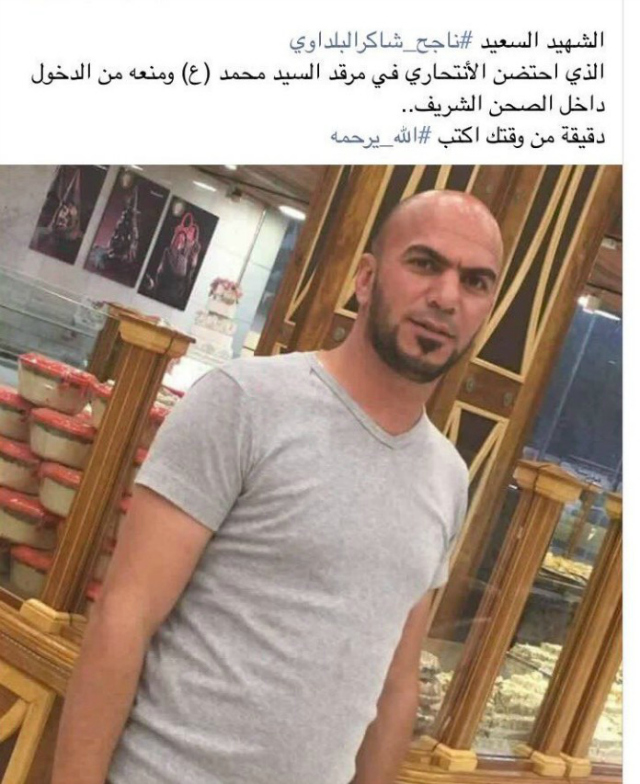 Najih Shaker Al-Baldawi, a local resident of Balad city in Iraq stopped a suicide bomber from the Islamic State of Iraq and Al-Sham (ISIS) from claiming many lives at his town’s Sayyed Mohammad Shrine

According to Al-Manar news, the attack was “aimed at destroying the shrine”

Najih physically stopped the terrorist from entering the shrine, hugging him before his explosive laden vest detonated, killing them. His body took direct impact of the explosion, reducing the death toll at the Shrine.

According to a Joint Operations spokesman in Iraq, the attack caused 70 injuries. The attack comes days after a an attack in Iraq’s Karrada’area which claimed over 300 lives, the deadliest single attack in Iraq since the war to oust Saddam Hussein 13 years ago.

Instead of hundred, only 37 died, thanks to one selfless Muslim

ISIS bombers disguised themselves as local militia in an attempt to storm and destroy what is considered one of Iraq’s most important Shia shrines. The last time such an attack happened, it sparked off the Iraq civil war. The man’s sacrifice ensured that the shrine was not damaged.